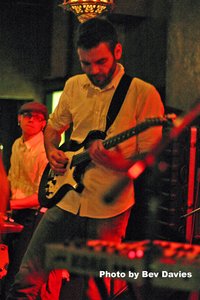 The crystal chandeliers and velvet couches of Honey Lounge are the perfect backdrop for an eclectic band like Vonnegut Dollhouse. Formed two years ago by keyboardist James Ford and vocalist/guitarist Alyson Fun, Vonnegut Dollhouse has created a unique sound by mixing indie surf pop with prog rock and 70’s guitar riffs. The good news is the band’s CD, Ornamental Etherworld, won a Juno for cool packaging and is selling well at Red Cat Records. The bad news? The band has announced that they are breaking up and tonight is their last show. It was sudden, acknowledges Alyson, but it isn’t the end. The band recorded a second CD this summer and plans to sell it online in the New Year. If tonight’s performance is any indication, this new CD promises to be a mix of eclectic songwriting and solid musical performance.

The show begins with one of the band’s new songs, Teacher Breath. They definitely have a flair for titles and I want to hear some of the lyrics, but the mic is too low and the sound too muddy. Alyson Fun’s vocals are girlish and her quirky delivery is in keeping with the unusual mix of styles. The rest of the band sounds good too; I’m especially impressed by Chris Cantrell’s 70’s blues guitar riff winding through the middle of the song.

Teacher Breath has set the tone and the Dollhouse goes on to deliver seven more clever songs. Vocals duties are shared between Alyson and bassist Daniel Brard and together they deliver some fine harmonies. What really stands out is the band chemistry. The more they play, the more they seem to enjoy it and the better it sounds.

We’re between songs now. The disco beats from the Lotus Sound Lounge below us are pounding through the floor and the drummer, Jakob Svoboda, grabs the mic. He thanks the audience for coming out tonight, then turns to his band mates,
“And thanks to the assholes on stage,” he says, “I love you, you fuckers!”

It’s a sweet end to their final show but the band has one more song left. The final song, Vonnegut Dollhouse Stole My Soul, is a rollicking mix of tempos and styles that showcase the musical talents of all the band members and ends with a blistering drum solo. Whether they play music together or apart, there is a future for the members of Vonnegut Dollhouse. Posted: Dec 4, 2008
In this Article Artist(s) Vonnegut Dollhouse Resource(s) Honey Lounge 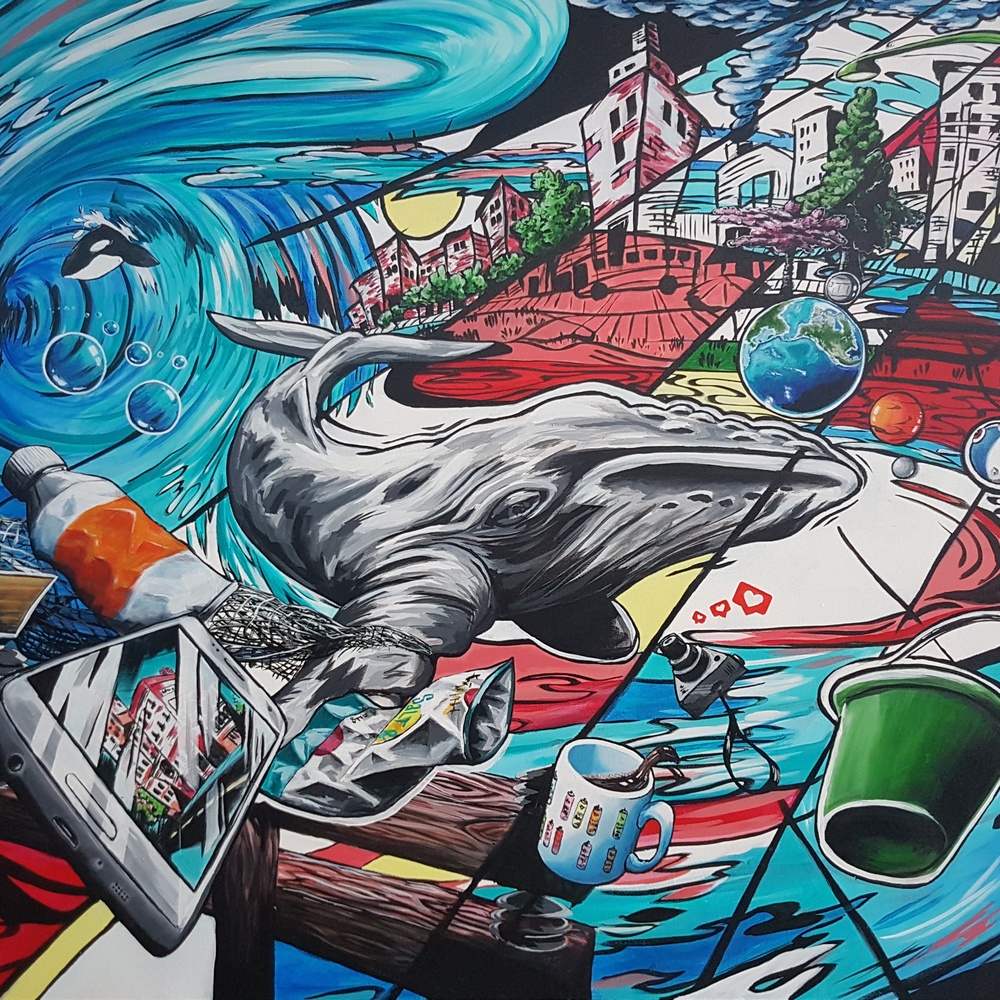