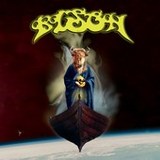 Bison is the most hyped band in Vancouver right now. Sometimes hype can be a tough thing to deal with, but these fuckers keep coming through every time. Every show is better than the next, so every album is obviously going to be better than the next as well. This is the most rockinest, loudest in your face music that I’ve heard since my brother first introduced me to Pantera. This CD kills, just like you knew it would. ‘Quiet Earth’ is chalk full of riffs that’ll make your ears bleed, and when they decide to sing, the vocals are as powerful as all hell. The eight minute long epic ‘Wendigo Part 1 (Quest for Fire)’ starts with a haunting cello and violins and ends with dueling solos to the moon. ‘Medication’ is an instrumental tune that could be the soundtrack to any movie that stars a large beast terrorizing the public. ‘Dark Towers’, and ‘These are my dress clothes’ are my other favs from the album. How the hell they managed to live up to the hype, I will never know. But witness it for yourself by picking up a copy of ‘Quiet Earth.’ Posted: Oct 27, 2008
In this Article Artist(s) Bison