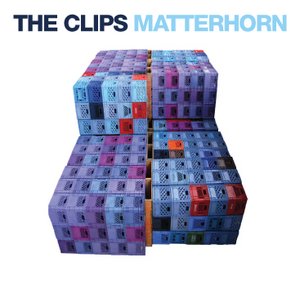 Unfamiliar Records.
The scene has been hit by the sharp sounds of a new five piece: The Clips. The debut album Matterhorn is made of raw, electric energy mingling among melodies. Lyrically, the album is freeform, created strictly from what their imagination provides and left for listeners to fathom the results. The music is also dynamic and unpredictable. ‘Missing the Plan,’ has a dramatic lead in giving way to a sudden change, sweeping you back into the main theme. It’s songs chart a diverse territory, never overlapping. Some are developed by the interplay of instruments, and others are captured by the vocals, with two songs, ’Kassel,’ and, ‘Eyesuck,’ having both these components. Interesting as it is, Matterhorn is also a great party album. Space Kidz,’ could galvanize possibly anyone on the dance floor. The Clips have already made a name on Vancouver’s music scene, opening for Tilly and the Wall this past July. It will be interesting to see if they can continue to justify their rising reputation. Posted: Sep 22, 2008
In this Article Artist(s) The Clips