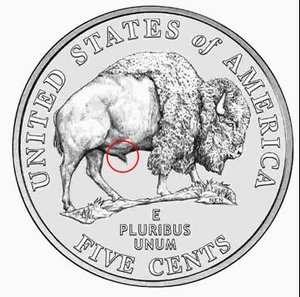 For those unknowing, Bison are Vancouver’s currently-reigning champions of The Riff, trafficking in mercilessly heavy, sludgy, and addictive sonic terror. Think discarded beer cans peppered with shotgun holes, full-size back-patches, pallet fires, dudes with names like ‘Hardcore,’ and, of course, the Horns. Throwin’ the fuckin’ Horns. We recently got guitarist-vocalist James Farwell on the phone to chat about his new band, which also includes guitarist-vocalist Dan And, bassist Masa Anzai, and drummer Brad MacKinnon. The first thing we wanted to know was how exactly Bison keeps pulling ass-stomping after ass-pummeling after ass-destroying riff, seemingly out of… well, their asses?
“You just get a feeling in your gut; I guess it’s excitement, like butterflies,” Farwell explains. “Oh my god, I can’t wait until this is put in context with the rest of the band…and then you bring it and you look at the dudes, look at their faces. And if they have an absolute brutal, pained expression on their faces, you know it’s a good riff….”
Farwell and co-guitarist And are usually the progenitors of these little rifflings, with the rhythm section acting as surrogates to help them grow into powerful chunks of head-banging glory. When asked what sort of lyrical themes one chooses to accompany this kind of music, the answer is exactly what one would hope. “I sing about space travel, different versions of the Apocalypse, pseudo-revolutionary rise-up-against-the-man kind of stuff…”
Still. Bison seems to appeal to a broader cross-section of rock-and-roll fans than your typical heavy-metal band. They somehow avoid being pigeonholed onto the typical ‘Metal Night’ bill, and get people you might not expect excited to rock. We wonder if he can explain this?
“I think that we try to have this sort of vibe at the shows, and in the music, that is welcoming to everybody. I think deep down, everybody likes loud music that you can throw yourself around to, and get lost in the volume, and the people, and the energy…”
Bison recently found themselves a last-minute addition on a Vancouver stop by punk rock grandfathers the Circle Jerks, where certain elements in the audience were less than gracious to be confronted by the band’s lumbering tempos and general heaviosity, but Farwell doesn’t seem too disturbed. “To tell you the truth, I come from a heavy punk-rock background, and I probably would have done the same thing.” he says, laughing. “We knew we were going into a weird situation, but we do have a punk ethic in the band. I consider Bison to be a punk band.” Farwell certainly has the right to make such claims, having done time with notorious skate-punkers S.T.R.E.E.T.S. (and their legendary rehearsal / living-space / party-palace / cop-magnet on East Georgia St.), and Bison are doing their best to continue with this tradition. “We haven’t destroyed a house yet, but we do have that scene. We go to Victoria and play in front of 600 people with Black Mountain, and the next day we come back to Vancouver and play a house party with 80 kids hanging off the rafters. I like that!”
Bison’s debut record Earthbound was released a few months ago and has received favorable attention on more than just local levels; one notable enclave of Bisonites is in the birthplace of heavy metal - the United Kingdom. “I guess they would know,” Farwell notes.
The band is gearing up for a Western Canada tour in April to promote Earthbound, along with Vancouver’s other favorite metal band, 3 Inches of Blood. When asked if he has anything else he’d like to say, Farwell admonishes: “Go see rock shows! Vancouver needs to be – can be- a Rock City. We need more venues. Maybe a venue that’s not just taking over a Downtown Eastside bar. Also more music press…you know we can’t all live by the fucking Georgia Straight! - his tone becoming more earnest here - “ because that paper does NOT dictate the art and music scene in my world...”
Are you going on the record with that, James?
“I’m going on the record with that.” Posted: Apr 30, 2008
In this Article Artist(s) Bison