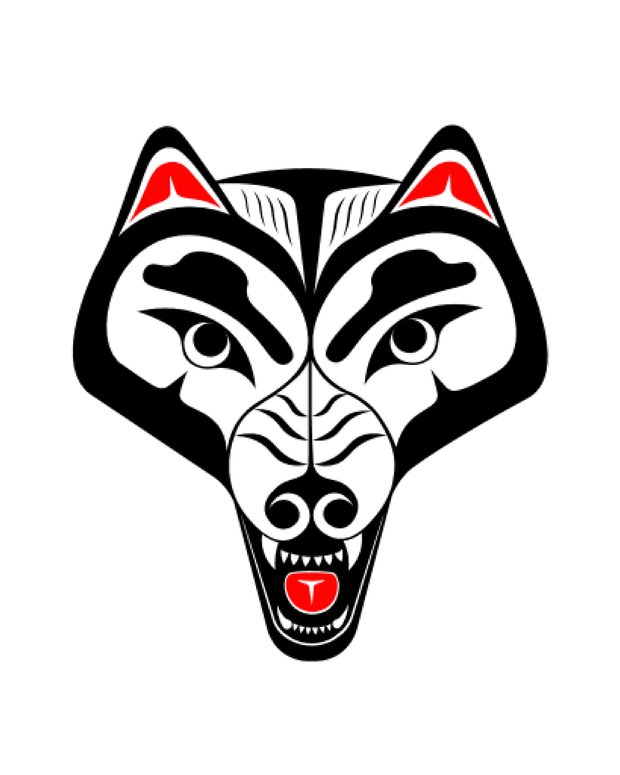 11" x 14"
Vectored Print
2016
Available
$0.00 (contact artist)
Symbolizes intelligence, leadership, and a strong sense of family. The wolf is considered to be a symbol of family unity and togetherness, because of the nature of the Wolf’s social structure – traveling and hunting in packs. People of the Wolf clan are thought to be clever, which relates to the Wolf’s ability to hunt. The wolf was considered the greatest of all hunters. His spirit was the power that all hunters tried to instill in themselves. It was his keen sense of smell, his sharp eyesight, his powerful legs and his knowledge and cunning that a good hunter called upon to succeed. The Northwest Coast people felt a deep kinship to wolves since these creatures also lived and hunted in family groups. The best hunters took the wolf as their spiritual guide and used his image on their personal possessions. One legend has it that a great white wolf with supernatural powers transformed himself into a killer whale so that he could hunt in the sea. It is believed that this is the reason why Killer whale have white markings and hunt in packs in the water as wolves do on land. Because of this great hunting skill, the Wolf can be seen carved and painted on the front of many canoes as well as totem poles and hunting tools.