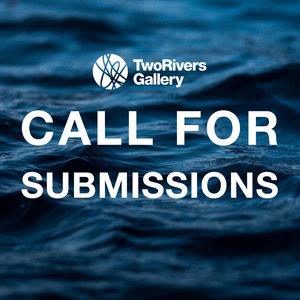 All for Water - Call for Submissions

Posted by: Two Rivers Gallery
All for Water - Call for Submissions

UN-Water, an inter-agency of the United Nations, states that water is at the heart of adaptation to climate change, serving as the crucial link between the climate system, human society and the environment. They also estimate that by 2050 there will be insufficient freshwater for all the earth's inhabitants. Currently, Canada's lakes, rivers, streams and wetlands hold twenty percent of the world's freshwater. As residents of this country we have a great responsibility to take care of its water and to be prepared, potentially, to share it with those beyond our borders.

In Canada, there is already inadequate fresh water access, issues with sanitation, and threats to fresh water health. Boil-water advisories are in effect for 56 First Nations across the country. Neskantaga First Nation, in Northern Ontario, has been under a boil-water advisory for over twenty-five years. There are vital watersheds, such as the Peace River (BC), being diverted for hydroelectric projects and large bodies of water, such as Lake Ontario, subject to frequent unmonitored sewage leaks. In the wake of a possible future that lacks sufficient fresh water, is this excusable? Autumn Peltier, the fifteen-year-old Ojibway/Odawa Water Keeper, has been fighting for water for a number of years. Her efforts speak to the importance of recognizing water as more than a resource, urging us to regard it with the same level of respect we would hope for ourselves. Her words: “we can’t eat money or drink oil”, confirm our countries’ priorities are largely out of line.

Artists from across BC are invited to submit visual art in any medium that considers the global availability of freshwater and the health of our freshwater systems. This might include reflecting on threats (climate change, human impact, pollution, habitat fragmentation and invasive species), imagining a future without freshwater, or the social, economic and political change required to protect this resource for generations to come.

Guidelines
- Artists can submit up to six completed works.
- All artwork must have been produced within the last three years.
- Apply online at: https://form.jotform.com/93086572410254